← more from
Magazine
Get fresh music recommendations delivered to your inbox every Friday.
We've updated our Terms of Use. You can review the changes here. 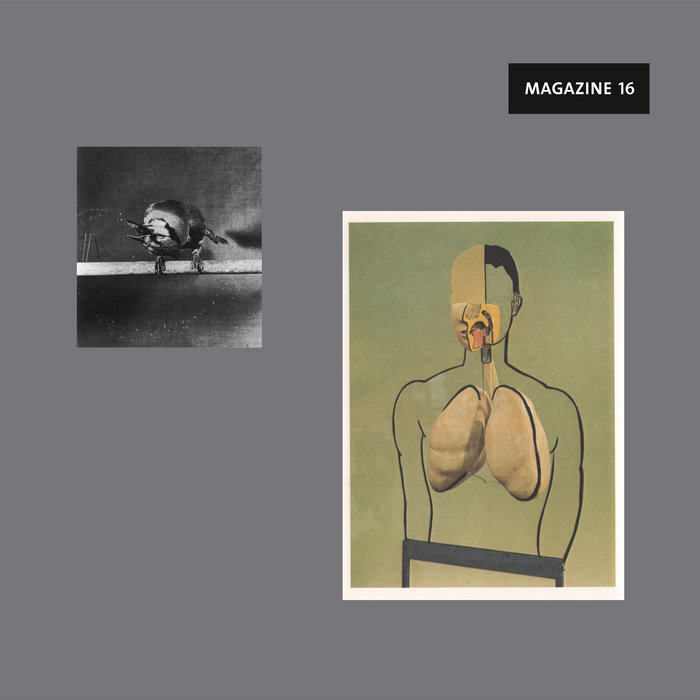 Marc Lansley Simply some of the most interesting artists out of the Cologne orbit - all squeezed into one dense, brilliant album.

The totality of the many in one: Cologne Tape, an on and off gathering band from all over the world, did not call their second album "Welt" without reason. The collective incorporates the nucleus of the label Magazine and consists of the artists Ada, Barnt, Jens-Uwe Beyer, Jörg Burger, John Harten, Philipp Janzen, Mario Katz, John Stanier and Axel Willner. All members live scattered between Berlin, Cologne and Hamburg. They meet rarely and abruptly, but each of them always has the feeling that something relevant needs to be done. The ensemble’s name represents a city and the musical recordings that are made in it.
Their first release, "Render", marked the start of the label Magazine in 2010 and found the way into DJ sets by famed artists like Dixon with music, which does not necessarily have the dancefloor in mind. Subsequently, little, absolutely sublime pieces of Cologne Tape appeared in the public. Sometimes in the middle of a Magazine mix for London's online magazine Dummy, or on compilations like "My Heart's In My Hand, And My Hand Is Pierced And My Hand's In The Bag, And My Heart Is Caught" a double-vinyl sampler for an exhibition by British video artist Phil Collins.
And now, after six years of more or less overwhelming silence, "Welt" arrives and brings the world eight musical arrangements, all of which answer to the same name and only differ numerically in their title. They were performed and recorded at the Dumbo Studios in Cologne as part of a happening, during which the nine Cologne Tape members gathered in a room to play a solemn concert for themselves without a given frame. Unfiltered emotions, which were later, refined with drums and synth sounds by John Stanier and Axel Willner and then arranged into a dramatic story arc under the direction of Jens-Uwe Beyer. Furthermore some of the recordings feature friends of the collective such as Mexican artist Rebolledo, the guitarist Burkhard Mönnich and the singer Isis Lace, who all happened to be close by and joined the band spontaneously during in their musical ritual.
Now the recordings of their time without time will see the light of the day. They all tell – together and alone – stories of deeply felt musical experiences, which quickly become profound experiences too for those who listen to Cologne Tape, when they play the grand piano, synthesizer, vibraphone, organ, drums, guitar and more while celebrating a freewheeling ceremony. Panoramic music that enables the listener to enter a world of sounds and rhythms, which all reflect in depth what Cologne Tape is as a band and a piece of art.

Bandcamp Daily  your guide to the world of Bandcamp

Oakland producer Mejiwahn chats about his breezy and transportive LP.